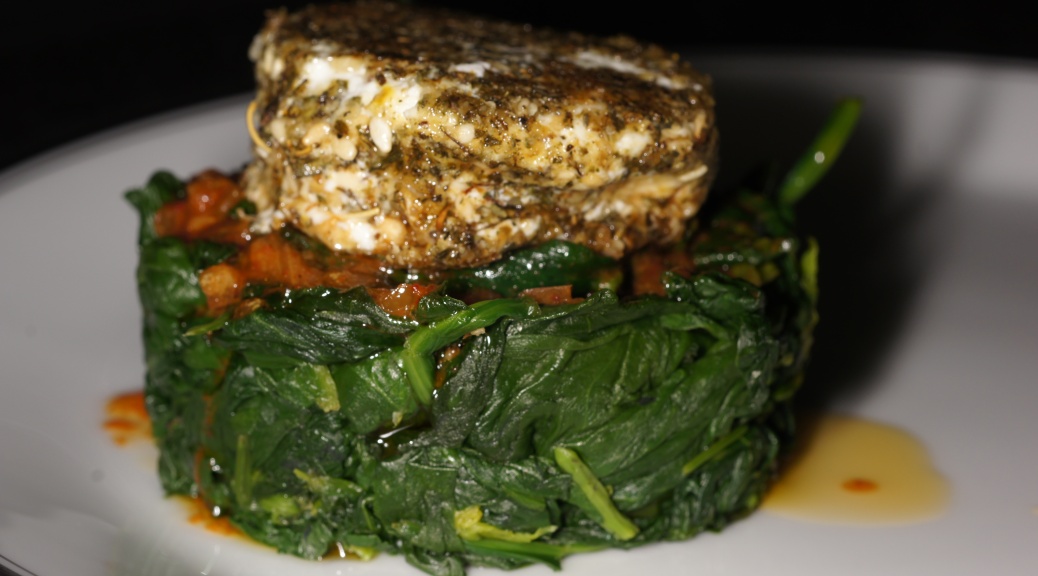 This is a fabulous side dish and went very well with the Steak Richard if I do say so myself. It is a wonderful way to fix spinach, is unique and packs a lot of flavor into a side dish. If you don’t try this dish then shame on you. END_OF_DOCUMENT_TOKEN_TO_BE_REPLACED

My Aunt Virginia (Ginny) was a dietician and a health buff. She came up with this recipe for people on a no cholesterol and low fat diet, like her and my Dad. Mom used to make this when we were teenagers and we ate it. Little did we know it was no cholesterol, low fat. It was just darn good. If we had known the truth, we never would have tried it and wouldn’t have liked it if we did. Fake cheese, Blech! When I had children I got the recipe from my mom. It was then that I realized it used fake cheese. So, I put the real stuff back in it. My kids loved it. After we got married, Baby Lady got hold of the recipe and put her spin on it and as she likes to say “kicked it up a notch.” This recipe is her take on Aunt Ginny’s and Mom’s Spinach Casserole with a little kick. It really is good. If you want to put the real cheese back into the recipe, do so but we find it makes the casserole a little oily. Whatever you do, give this a try, especially if you’re on a diet or if have kids who won’t eat vegetables. Given the amount of cheese in the recipe, they’ll eat the spinach. 🙂 END_OF_DOCUMENT_TOKEN_TO_BE_REPLACED

What People are Reading

Legalese - Did you expect anything less?