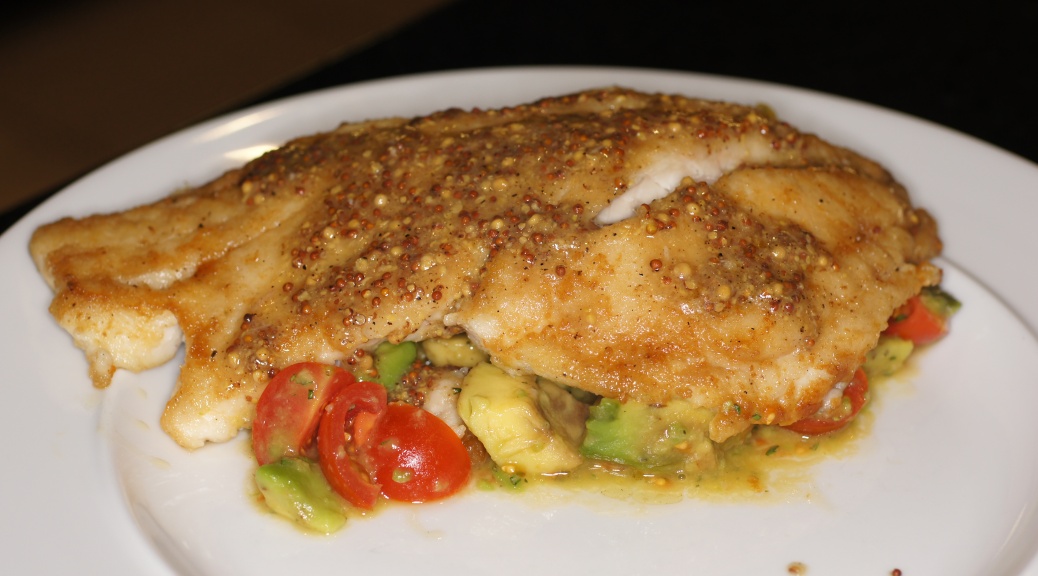 I like Red Snapper. It’s indigenous to the Gulf of Mexico so it’s readily available fresh in Texas. When I was younger and worked in the Oil Patch, when we got off for the day we would go to the Platform base and fish for snapper (actually we fished for anything but caught a lot of red snapper). The snapper would feed at the rigs. It was amazing. They ran on a cycle that was so well timed, you really could set your watch as to when they would be at the rig. I would generally catch 10 – 12 snapper weighing 2 – 4 lbs @ in an hour, filet them, wrap them in foil and freeze them. When I would go home, I would take anywhere from 20 to 40 lbs of red snapper filets with me and have a fish fry on the weekend. It was a blast.

Red Snapper has a great, firm texture that flakes with a fork. It has a sweet, nutty flavor that goes very well with everything from spicy chiles to subtle herbs. Red Snapper is also excellent for grilling but I would recommend you either grill it whole or use a grilling basket as it will fall apart on you on the grill otherwise. Be careful not to overcook the red snapper on a grill as it does best with a low direct heat. In many parts of the world, red snapper is grilled on a wet banana leaf. This provides you the hot grill but low direct heat.

This recipe is a quick weeknight meal. You get the fabulous texture and sweet nuttiness of the red snapper with the coolness and citrus of the salad and the savory tang of the warm mustard vinaigrette. It’s a beautiful dish and one I hope you try. If you want a little heat with it a finely minced serrano chile will do the trick.

Position the rack in the center of the oven and preheat the oven to 400°F. With a fork, blend the flour, salt, coriander, cumin and pepper on a serving plate.

Pat the filets dry with paper towels; dredge them in the flour mixture, coating evenly but shaking off the excess.

Heat a large, heavy skillet (preferably cast iron) over medium high heat. Add 2 tablespoons olive oil, then slide the filets into the pan, skin side down. To avoid grease splatter on yourself, slide the fish into the skillet away from yourself. Shake the pan several times to make sure they haven’t stuck. Place the skillet in the oven and roast until the thick, opaque layers can be easily pulled apart with a fork, i.e. it’s fluffy, roughly 6 – 8 minutes.

Meanwhile, mix the tomatoes, orange supremes, avocado, and rosemary in a medium bowl. Divide among four serving plates in mounds.

When the filets are done, transfer them to the plates, setting them atop the avocado salad.

Set the skillet back over medium heat and add the remaining 2 tablespoons olive oil vinegar, mustard, and salt and whisk to emulsify the oil, mustard and vinegar and scrape up any browned bits (sucs) in the skillet. Reduce heat to medium and bring to a simmer and cook until the vinaigrette is shiny, roughly 1 – 2 minutes. Spoon mustard vinaigrette over the filets. Serve & enjoy!